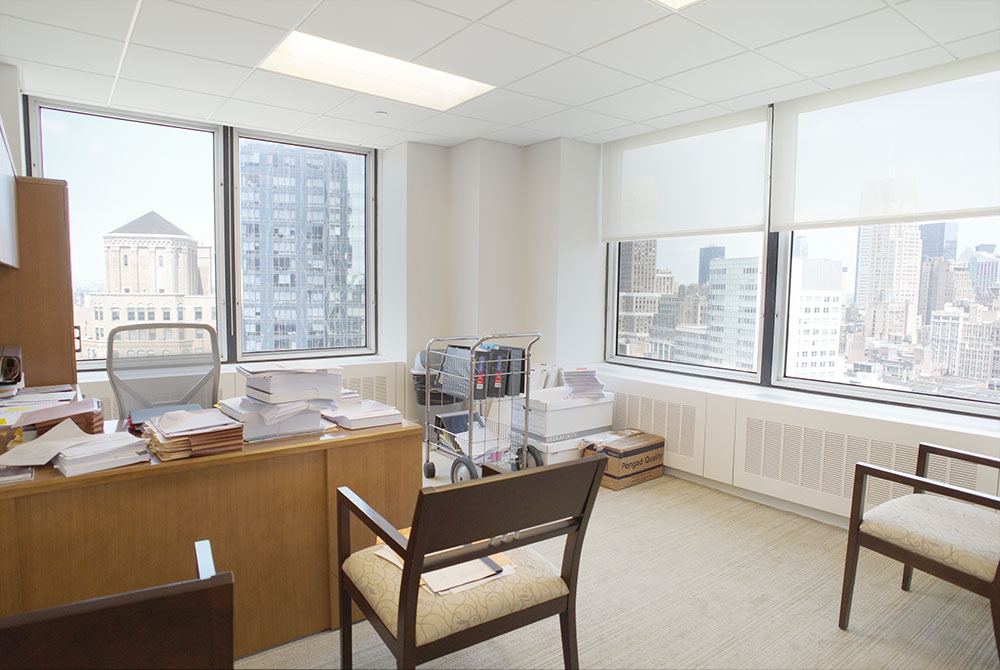 Many law firms in Manhattan have vacant offices within their suite that they are not using. These private offices are just sitting empty, collecting dust. There are lots of reasons why law firms could have excess office space. Maybe the firm has downsized over the years, or perhaps they rented a larger suite than they needed in order to have room to grow in the future. Whatever the reason, many law firms rent office space to sole practitioners or small law firms who need office space to run their business. 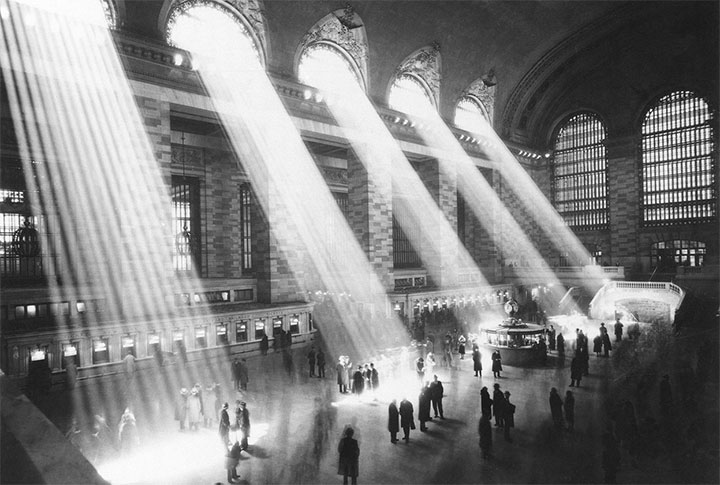 Every New Yorker should know that there is no Grand Central Station in New York City, but there is a Grand Central Terminal. The distinction, and the point that confuses many, is that a station is a particular place that a train (or many trains) passes through while on its way to a destination. A terminal, on the other hand, is a massive yard that is the end location for all the trains on every line. Grand Central, then, is definitely a Terminal and not a lowly station. If you still want to go to Grand Central Station you can as it’s the name of the post office located nearby.

Class A Space: What does it mean? 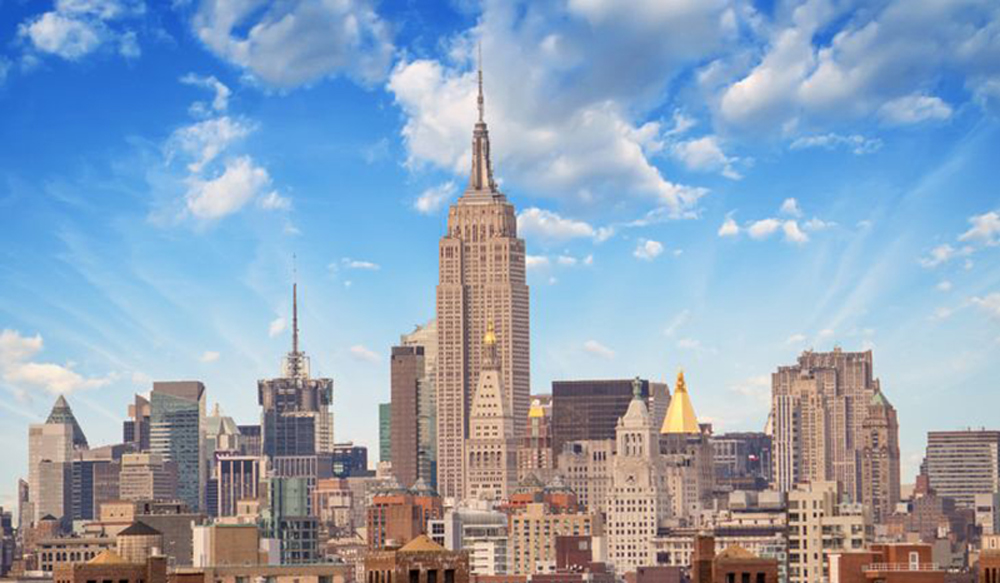 Imagine if you will that you are 1454 feet in the air, riding a gigantic blimp over the majestic city of New York at night. The dirigible airship comes to a soft halt and is secured. As you get ready to disembark you see the most incredible view of the Big Apple that you have ever seen as you float nearly half a mile in the sky above it. It is September 16, 1931 and you and your fellow passengers are the first and, sadly, the last group of people that will ever enter directly into the 102nd floor of the Empire State Building. 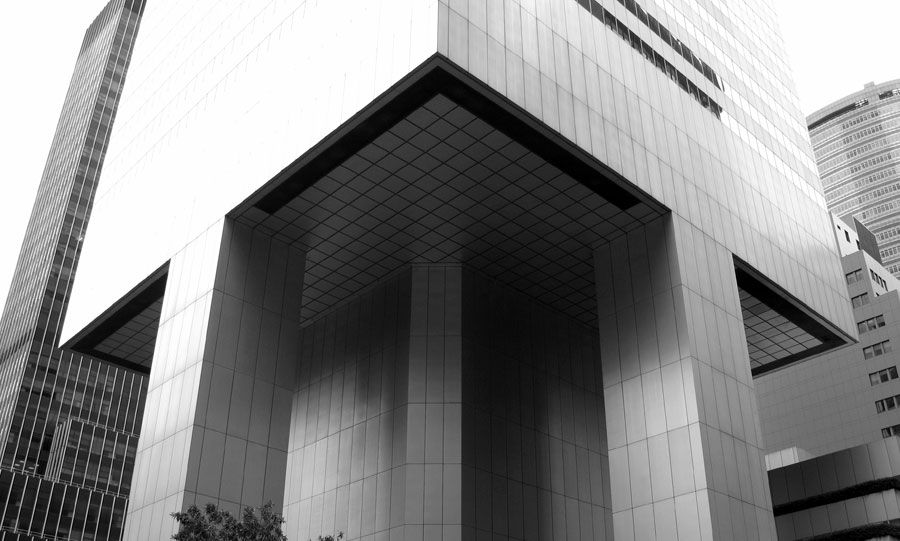 Citigroup Center - formerly called Citicorp Center - is an office building located in NYC’s Plaza District at 601 Lexington Ave between 53rd and 54th Street. The shiny skyscraper is one of the most distinctive in Manhattan with its massive 45-degree-angle sloping roof.

The Roaring Twenties in Paris were a debaucherous decade of cultural change and artistic creativity. A new national mindset and transformation of personal values were ushered in, which were in direct opposition to the ones held prior to World War I. While jazz performers like Josephine Baker, artists like Man Ray and Salvador Dali, and ‘The Lost Generation’ writers - Hemingway, Fitzgerald and Stein - gained in popularity, an elegant and sophisticated design style known as Art Deco was blossoming, and as a result, influenced the creation of everything from buttons to skyscrapers.

In 1925 a young real estate developer from New York City by the name of Irwin Chanin visited the Parisian World’s fair known as the International Exposition of Modern Industrial and Decorative Arts, from which the term ‘Art Deco’ derived its name, albeit not until many decades later. The international event brought together many avant-garde ideas in the fields of architecture and design. Little is known about Chanin’s European tour, but what is evident is that the expo was a life-changing creative influence on his design style and served as the aesthetic foundation for what would become his Manhattan architectural legacy.

Revolving Doors at The Chanin Building

Chanin attended the Cooper Union School of Architecture, which was subsequently renamed in his honor in 1981. He cut his teeth building Broadway theaters, like the Richard Rodgers Theatre completed in 1925, but his crowning achievements are certainly the residential double-barrelled deco towers on Central Park West - The Century and the Majestic - as well as his magnificent, eponymous office tower, The Chanin Building.

The Chanin Building is located at 122 East 42nd Street, directly opposite the soaring Chrysler Building and a stone’s throw from the commuter gateway of NYC, Grand Central Terminal. The massive 735,000 square foot office building was the first truly great example of art deco architecture on a grand scale in Manhattan. For a brief time in 1929, prior to the completion of the Chrysler Building, the Chanin Building dominated the Midtown landscape. From head-to-toe a stunning work of art, a stroll through the lobby with its’ sleek, streamlined forms is a treat for any fan of the style. At its’ base the building has an elaborate terra cotta frieze and an elegant bronze band that illustrates the theory of evolution, and at its’ peak, an illuminated gothic buttress that brings to mind a royal crown.

Having stood the test of time, the building continues to be a fantastic option for any company who desires to rent office space in a classic, historic and stylish Midtown skyscraper. It’s also a democratic option, as the building's natural setbacks create a multitude of full floor sizes that range from 32,000 square feet on the lower levels, to as little as 8,000 on the higher tower floors. There are also smaller partial floors for lease in the building. As you can probably surmise, leasing prices for office space in Midtown can be exorbitant, however the value of offices for lease at the Chanin Building are a bargain compared to many other Manhattan class ‘A’ office buildings.

It’s clear that Irwin Chanin’s trip to Paris in 1925 made a lasting impression on the young developer. It must have been an exciting time in his life. Chanin lived to be 96 year old and always kept his offices in his namesake building. 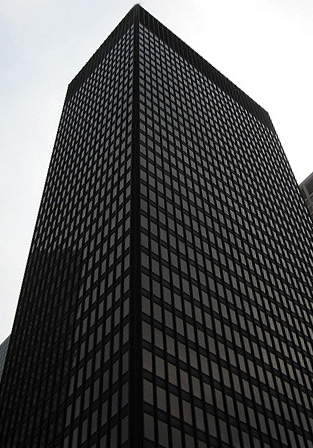 First, take a highball glass and fill with ice. Add a healthy dose of Seagram’s Seven Crown Whisky and top with 7 Up. Garnish with a lemon wedge. Arguably the luckiest drink in the world, the Seven & Seven is a refreshing summer cocktail whose popularity helped fund one of the great architectural masterpieces of the 1950s, Mies Van der Rohe’s The Seagram Building.